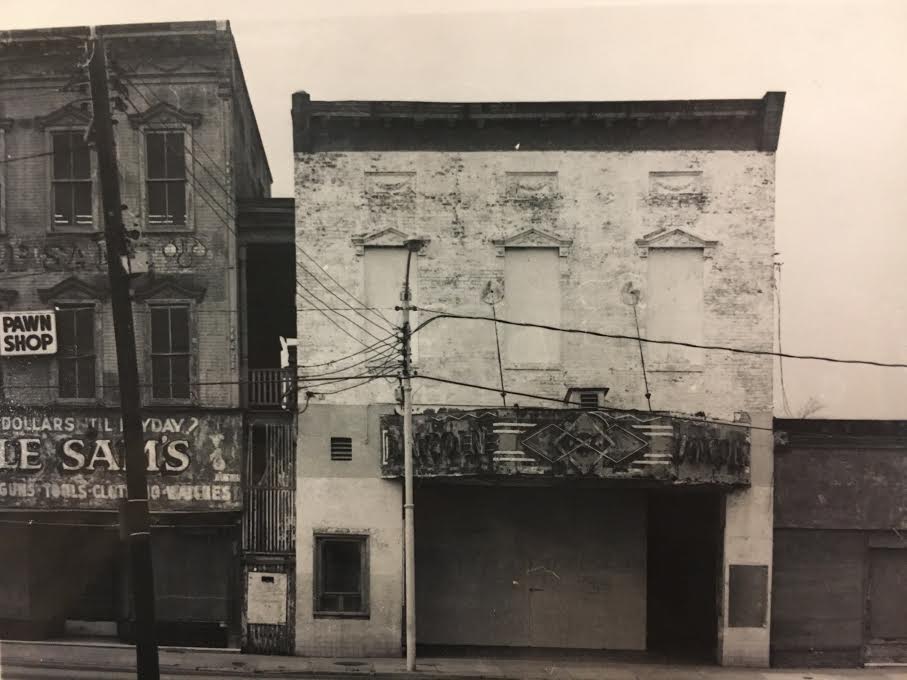 Now demolished, the masonry building at 601 King Street constructed in the mid-late 19th century historically housed the Lincoln Theatre, a cornerstone of the Charleston African American community for more than half a century. From 1919-1971 the theatre served as a gathering place for African American Charlestonians to view popular films and vaudeville acts during a time when African Americans were restricted to segregated seating in theaters or barred from entrance altogether.

The Lincoln Theatre building boasted a neo-classically inspired façade that stood two stories tall and three bays wide with a metal cornice and pedimented windows at the second story. The ground floor of the theatre was crowned by a neon Art-Deco marquee above a recessed entrance and terrazzo floor bearing the name “Lincoln” in marble, quartz, granite, and glass. [1]

Upon the theater’s opening, the Bijou Amusement Company appointed New Orleans native, Damon Ireland Thomas, as manager of the Lincoln Theater. With valuable connections throughout the national entertainment circuit, Mr. Thomas worked for more than 20 years to ensure that the Lincoln consistently featured the best of live vaudeville shows and motion pictures. In a 1946 interview, Mr. Thomas spoke of his pride in the Lincoln Theater, stating that it was the only African American theater to his knowledge located on the “main street” of a city.[5]

After fifty years of business, the Lincoln Theater closed its doors in the early 1970s, along with many other locally owned and operated theaters in the city. In 1989, the building incurred substantial damage during Hurricane Hugo and was subsequently demolished. The site remained vacant for decades and today is the location of a student housing development.