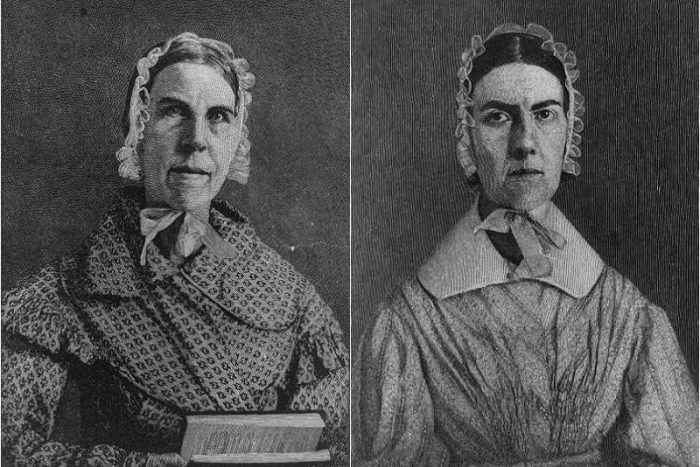 Built before 1789 by slaveholding planter William Blake, the Georgian style double house at 321 East Bay Street is one of the few of its era in the Ansonborough neighborhood. Many of its contemporary neighbors burned in the great fire of 1838 that destroyed more than 1,100 structures in Ansonborough and surrounding areas[1]. An 1824 real estate listing described the house as having a “commanding view of the river,” now obscured by development on the east side of East Bay Street.[2] In the late 18th and early 19th centuries, this portion of the Cooper River waterfront was comprised of bustling wharves where tens of thousands of enslaved Africans arrived in Charleston via the trans-Atlantic slave trade.[3]

In 1803, the house was purchased by Judge John Faucheraud Grimké, father of renowned abolitionists and women’s rights activists, Sarah (1792-1873) and Angelina (1805-1879) Grimké. A wealthy planter family, the Grimkés owned several plantations across the Lowcountry, but spent considerable time in urban Charleston.[4] As members of a slave-holding family, Sarah and Angelina were exposed to the inhumane treatment of enslaved people at a young age, from which their eventual abolitionist activism formed.[5] Unwilling to perpetuate the institution of slavery, Sarah and Angelina Grimké became exiles in Charleston society. In the early 1820s, Sarah Grimké began attending Charleston’s small Quaker Church, the first religious body in North America to condemn slavery, and soon after moved to Philadelphia where her involvement in the church grew. Angelina Grimké followed in her sister’s footsteps, attending Quaker services in Charleston and moving to Philadelphia in 1829, where the sisters began participating in the organized abolition movement.[6]

By the mid-1830s, the Grimké sisters were prominent figures in the abolition movement, and their notoriety in Charleston grew. At the time Angelina Grimké penned her Appeal to the Christian Women of the Southern States (1836), a document imploring white southern women to support the abolitionist cause, abolitionist literature was repudiated in Charleston. In 1835 for instance, Charlestonians raided the city post office and burned incoming abolitionist material.[7]

In spite of their valuable contributions to the anti-slavery cause, the Grimké sisters were barred from leadership within the movement by their male counterparts.  Recognizing the weight of the legal and social limitations placed on women in the 19th century, Sarah and Angelina Grimké also became strong proponents of women’s rights.[8] While women’s suffrage was not achieved during their lifetimes, both Sarah and Angelina Grimké lived to see the issuance of the Emancipation Proclamation on January 1, 1863 that abolished slavery in the United States.

Book: The Grimké Sisters from South Carolina: Pioneers for Women's Rights and Abolition

Book: Lift Up Thy Voice: The Grimke Family’s Journey from Slaveholders to Civil Rights Leaders.